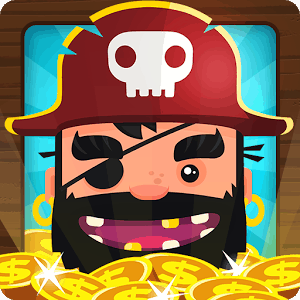 If you’re in need of free cash and spins in then you’re probably looking for Pirate Kings Cheats. It’s not surprising, the game is very enjoyable, but you run out of spins quite quickly. Finding sites that offer you Pirate King hacks isn’t difficult. With a single search on any search engine you can find dozens of YouTube videos and sites that promise you thousands of free spins and cash.

But how do you know which one of these sites actually work? Normally you’d have to go through the long and tedious process of researching and testing them all out. However, that’s no longer the case. We’ve tested every single Pirate Kings Cheats so you won’t have to. In this post we’ll tell you everything you need to know about cheating in Pirate Kings. But before we do, let’s talk a little bit about the game itself. Let’s get into it!

What is Pirate Kings? 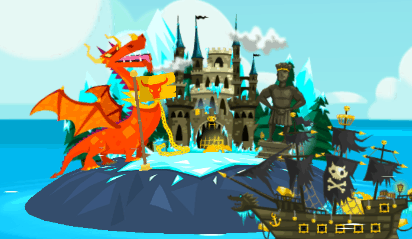 Pirate Kings is a game for Android and iOS developed by Jelly Button Games. They also developed Board Kings, which is a fairly similar game. Pirate Kings was released in 2015, so it’s a bit of an older game. Nevertheless, it’s still very popular. The game has over ten million downloads on Android alone, and with over a million reviews and an average rating of 4.5 stars it’s clear to see that the game is very well received.

In Pirate Kings you start out with a single island. You then spin a wheel, and when you spin it you receive cash or the chance to attack or steal from someone else’s island. When you attack or steal you will receive coins as well. You use these coins to upgrade your island. Once your island is fully upgraded you can buy workers that will generate cash for you and move on to the next island.

Pirate Kings is a free-to-play game, but as is often the case with free-to-play games there are micro transactions in the game. In Pirate Kings, you have spins and cash that you can buy with real money. When you first start the game, you have plenty of spins. But as you progress you quickly run out. From then on it seems that the only way to get more spins is by spending real money.

Nevertheless, there are several websites that promise you an unlimited amount of free spins if you use their Pirate Kings generator. But do they really work? Let’s find out.

Once you run out of all the free spins the game gives you naturally start wondering if there’s a way to get more free spins. The game periodically gives you more spins, so you could wait for that. But who has time to wait for an hour for 5 spins; You want them now! So you search for Pirate Kings Hacks and end up on a site that promises you thousands of free spins and cash.

These sites usually ask you to first enter your username/email and the platform you play on:

Once you do so, and press the connect button, they claim to be able to generate insane amounts of spins and cash into your account.

As you can see in the screenshot above, some of these generators claim to be able to add close to a million spins to your account. That sounds pretty good. But does it really work? Let’s see what our testing revealed.

Do any of these Pirate Kings Cheats really work?

We’ve tested the site shown in the screenshot above, and dozens of others in hopes of finding at least one working hack for Pirate Kings. However, during our testing we discovered that these hack tools do not work at all.

We spent a lot of time testing them all out, one by one. However, we never received a single free spin from any of them. Even though these websites often look very legitimate, you’ll be left empty handed every single time.

It’s not uncommon for these sites to have some form of proof that their generator really works. This “proof” is usually in the form of videos or screenshots of the resources being added to the account. Do not let that fool you into the believing that their generator will actually work though. It’s quite simple to create fake “proof” images and even videos.

These Pirate Kings generators are simply too good to be true. If you encounter sites that claim to be able to generate thousands or even millions of spins into your account with the click of a button we recommend you to stay away. You’ll just end up wasting your time, and you will definitely not receive any free spins from them.

However, it is possible to get free spins through an alternative method. If you’d like to learn how, keep reading and we’ll share our own personal method of obtaining spins and cash for free.

How to get free spins & cash legitimately

We know the feeling of wanting free spins, so we’re going to share our own method of getting them with you. This is a method that we discovered ourselves and that works very well. The method we’re about to share is not against the game rules, because it doesn’t involve any hacking or cheating. It’s completely legitimate, so there’s no risk of your account getting banned or anything of the sort.

However, since this is a working and legitimate method you’ll have to put in some of your time. But if you use our guide, it should be fairly easy to do and definitely worth the time investment.

To give a good explanation of our method we’ve decided to write up a quick guide that’ll teach you our method. The guide is available completely for free and without any annoying human verification.

The method in our guide works on both the Android and iOS version of Pirate Kings, without the need to mess around with jailbreaking or rooting your device.

If you’re ready to learn the only working method of getting free spins and cash in Pirate Kings click the blue button below to get instant free access to our guide!